In 2015, Action for Education founded the C.E.B. Juan Orlando Hernandez School to address a desperate need for primary education in one of Latin America’s most violent cities. Sandwiched between two overcrowded school districts, each totaling over 1,300 students, children in this area of the city were previously left without an option for primary education prior to the school’s founding. The surrounding districts lacked the resources to take them in, and their own community was too depleted by gang and drug-related activity to provide any programs of their own. These children were left disempowered by the simple fact of where they grew up. They were shut out of the basic right to education that so many others are afforded, and the empowerment to build their future that education offers. As a result, this community has one of the highest rates of gang activity in Latin America, and the second highest murder rate in the world. The absence of resources and opportunity created a vacuum, leaving gang life to seem like the only option.

At Action for Education, we are working to break the vacuum that leaves so many Hondurans feeling helpless, fuels gang recruitment, and breaks down communities. We believe this process can only start with education as its core element. It cultivates young minds, harnessing their creativity and positive energy while building them into mature and informed thinkers. It arms them with the tools necessary to advocate for their communities, imagine alternatives, and build positive culture. We believe that widespread change must begin at the community level. A community centered around education is one that is capable of innovation and self-criticism, and the growth these characteristics afford. Thus, through projects like the C.E.B. Juan Orlando Hernandez School, which boasts an enrollment of 220 children and a 100% graduation rate in just its second year, we are taking steps in the right direction toward building a strong community. The school is centered around the mission of serving its community and building community identity.

It is evident that our work targeting education as the core of a positive community has struck an impact in San Pedro Sula. angs have targeted the C.E.B. Juan Orlando Hernandez School, as well as other schools in the area and tried to break them down. They try to sell drugs around the school and in neighboring communities they have even entered schools and held up classrooms to intimidate students. We see this as evidence of the threat we pose to gang culture. They target schools because they fear the change that education can bring. An educated and informed community possesses the tools to imagine alternatives to gang life, breaking the monopoly the gangs hold on opportunity. For this reason, we must continue our work with the C.E.B. Juan Orlando Hernandez School and other future projects. Fifteen percent of Hondurans are not afforded access to education in any capacity, while only 30 percent attend school until the fifth grade. We are working to improve education access and combat gang culture by empowering individuals to imagine alternatives and enact positive change upon their lives. 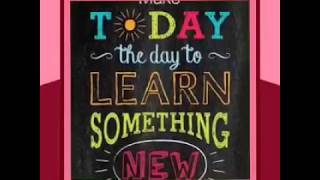 Our students say thanks

Op-Ed: The Educational System in Honduras